Three-year-old Brooke Willhoite was diagnosed with a cancerous brain tumor on Wednesday, June 4, 2014. On Wednesday, June 11th, she underwent surgery at Le Bonheur Children’s Hospital in Memphis to remove the tumor. The tumor that was removed from Brooke’s brain was malignant.  She underwent Proton Beam Therapy for six weeks at the University of Florida as treatment for High Grade Glioma. Proton Beam Therapy is a form of radiation and has the power to kill the cancer like traditional radiation, but it can be much more precisely controlled, so the risks of traditional radiation (cognitive and developmental delays) are minimized.  As with any treatment, there are risks, and this is a relatively new therapy, but doctors feel this is the best way to treat her cancer and give her the best chance possible while minimizing any potential long-term side effects.  She then returned home to Kansas City where she followed up her previous treatment with 5 weeks of chemotherapy.

Jasmin was diagnosed on November 15th, 2012 with Acute Lymphoblastic Leukemia (ALL).  She was 5 years old when diagnosed, and started a two year and 5 month plan of chemotherapy treatment.  She will be 8 years old when treatments are completed, and 12 years old before she is considered cured if she does not relapse.  Her condition is considered high risk, but she has a 70% chance of beating this without relapse.

Seven-year-old Isabelle Lawson (parents are Derek & Desiree), was diagnosed the end of December, 2014 with an aggressive cancer called Osteosarcoma.  Osteosarcoma affects the growing part of the bone and, in Isabelle's case, that is her left knee area.  Mom and Dad were given three options on her surgery and with Isabelle's love of sports, they made the decision to have what is called "Rotationplasty." Isabelle is currently receiving post-op chemo plus physical therapy.

Isabelle is extremely shy unless she's playing a sport, then she becomes a tiger!  She plays baseball, basketball, track and was a cheerleader the past two years because Mom and Dad felt she was too small for football (she did go to football camp last summer.)  She is definitely NOT an indoor "Let's have a tea party" little girl.  She loves to run. 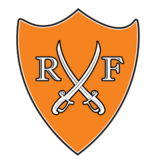 Andrew was diagnosed with ewing sarcoma when he was 7 years old and was treated at St. Jude Children’s Hospital.  He was in remission for 2 years, and then he began having terrible headaches.  He returned to St. Jude’s in March of 2015 to learn that the cancer returned (behind his eye, almost to his brain).  He is continuing treatment at St. Jude’s.

​When Prestun was 3 years old, he was just like any other little boy.  However, on Sept. 26, 2012, his world changed.  He was diagnosed with a rare childhood cancer;  stage 4 Neuroblastoma.  After battling cancer for 2 years, his family thought he had beaten it.  However, at age 5, his cancer returned.   Prestun is now being treated at Memorial Sloan Kettering Cancer Center.  He just started another round of chemo, and will be undergoing radiation, antibodies, and vaccine trial.  This will require many trips between his home in Kansas and New York City.  Please pray that Prestun will respond to treatment.

Brayden was born premature on January 4th, 2012. After a 54 day stent in the NICU, he finally came home. On his 1st birthday we were told that he had a brain mass.  After further scans and a biopsy we were given a diagnosis of a Grade II Bilateral Thalamic Astrocytoma on March 1st, 2013.  Chemotherapy is the first line of treatment, although it will not be curative.  His protocol consists of Carboplatin and Vincristine, and will last for one year.  Brayden is too young for radiation.  There is currently no cure.  We take each day one at a time and do our best to enjoy Brayden while he is here with us.   “When your child is diagnosed with cancer, life is magnified.  There is no such thing as a little cancer, a small joy, or a slight discomfort.  You begin a rollercoaster ride that takes you through your lowest lows and your greatest thrills.  You learn more about what’s really important in life in a few short months on a pediatric cancer unit than some people learn in their whole lifetimes.”

Sophi is a remarkable 7 year old who was diagnosed with stage IV neuroblastoma in February 2016. She has been through 6 rounds of chemo, 14 radiation treatments, 5 rounds of antibodies, and a 9 hour tumor resection. She was deemed “No Evidence of Disease” in July on 2016 and we celebrate every clear scan, which is every 3 months for the next 2 years. She begins the next phase of treatment in April of 2017- 8 rounds of vaccine.

​Paisley was discovered to have a 2cm tumor in October, 2012.  Her surgery was scheduled and she recovered better than anyone expected.  Paisley was scheduled for 3-5 days in recovery intensive care…she spent approximately 7 hours in ICU.  The first report was all clear.  The tumor was completely removed and appeared non-cancerous.  The rare form made pathology difficult.  It came back as a choroid plexus carcinoma; a rare aggressive brain cancer. Paisley completed 6 months of chemotherapy and tolerated it very well.  Her genetic testing came back positive for a gene mutation called Li Fraumeni syndrome, and even more rare condition that causes her body to produce and be more prone to forms of cancer. Paisley’s last MRI and lab work showed clear and healthy as a normal kid.  “We now live in our beautiful angels moments that we lovingly share with her.”

Tiffany was diagnosed with Burkitts Non-Hodgkin Lymphoma on February 8th . She went through chemo treatments at Cardinal Glennon Childrens Hospital in St Louis.  She received her last chemo treatment on May 21, 2017. 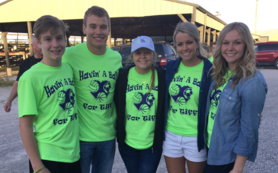 Families who have received aid

JC is 12 years old. He has been fighting Leukemia since he was 2. In his lifetime he has heard the diagnosis of cancer 5 times. We are happy to report that he is cancer free after undergoing a bone marrow transplant January 20, 2016. We are so thankful for the love and support we received from Ross' Foundation.

Logan's diagnosis is t-cell acute lymphoblastic leukemia and he was diagnosed on April 7, 2016. He's being treated through the St Jude Midwest Affiliate clinic and Children's hospital in Peoria, Illinois. He is currently in the maintenance phase of treatment, which will last approximately 2 years and include daily medicines at home, but only monthly trips to the clinic. He's doing pretty well right now.

Caden was diagnosed with Medulloblastoma (brain cancer) the beginning of September, 2010.  He endured both chemo & radiation until November, 2011.  He was in remission until January of 2014.  On January 27th, he went in for a 6 month MRI.  The cancer was back, but this time, it had spread to his spinal cord, showing 7 spots.  Caden is a sweet, fun-loving 9-year-old boy.  He loves the outdoors, Chevy trucks, and Harley Davidson.  He is a fighter, and his smile is infectious.  He has touched many hearts during his battle.  We hope he touches yours.